Five lessons from the Beast from the East

The little corner of southeast England I call home ground to a halt last week as the ‘Beast from the East’ blew in. The trains stopped running; the sprogs’ schools closed; the news was filled with  warnings of how the Beast would eat alive anyone daft enough to go out driving in it. But for me the running continued.

4 frozen miles: you know it’s cold when you stub your toe on a dog turd #ukrunchat #runtagit #runnerblisshttps://t.co/Ce7tlZ071C pic.twitter.com/zpIdzvRfXt

I managed just shy of 40 miles. Some of them were the hardest I’ve ever run, but they were also some of the most exhilarating and beautiful. For this week’s schedule (see below), the mileage is increasing again, with my longest run lasting three hours. And I wish those hours could be spent in the snow, rather than the mizzle that’s replaced it. 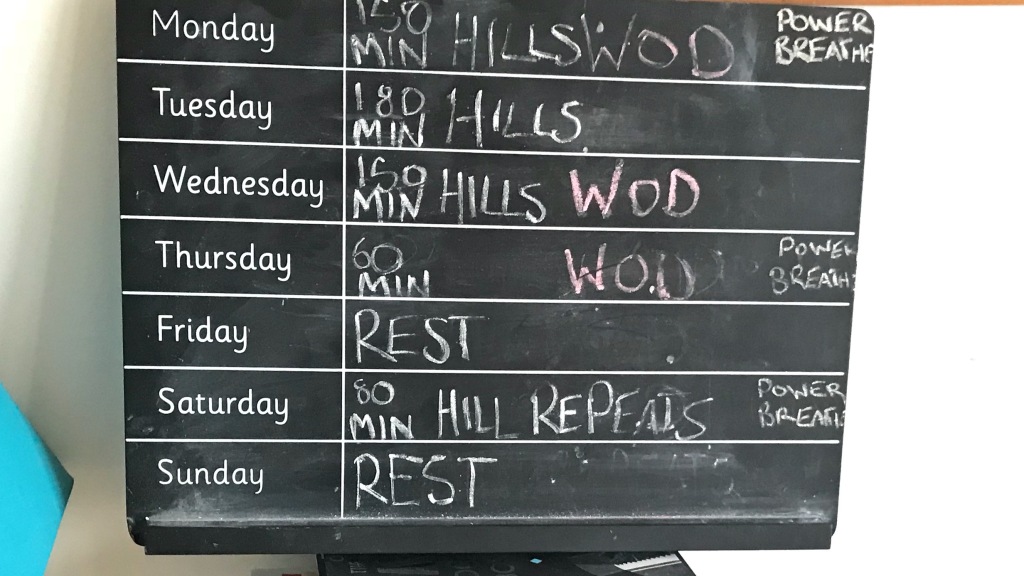 Of course, the Beast would be nothing more than a pussy cat to your average Canadian, with its measly wind chill of minus 10 or so and paltry foot of snow. But the Beast from the East still taught this Softie from down South some valuable lessons. Here they are:

Five lessons from the Beast from the East

Blood sugar drops with the temperature

I already knew extremes of temperature can do strange things to a type one diabetic’s blood sugar, but the Beast proved just how extreme that impact can be. I left the house for last Tuesday’s long with a level of 13mmol – way too high, but I figured it was better to set out into the cold with more sugar in my system than normal, expecting it too fall. I didn’t expect it to fall quite as quickly as it did. Within half an hour I had a reading of 2mmol – dangerously low. Half a litre of Lucozade and a flapjack saw me right.

I’m certain the wind chill had a big impact on how quickly my blood sugar dropped. It also affected how quickly I could replenish it. For after about an hour of running into the wind on the South Downs, it became impossible to draw my Lucozade through the drinking tubes attached to the containers I had strapped to my chest. They had frozen solid (see left). This meant I had to stop, unscrew the tubes and drink straight from containers. Doing so meant I lost further body heat in the icy winds, making me worry that my blood sugar level would fall more quickly.

Then it became impossible to measure my blood sugar level, because my meter packed up, showing an error warning every time I tried to test it. The Mrs freaked out when I told her this on my return home. And she’s right: a type one diabetic on a frozen hill side with sugar supplies rapidly freezing solid and no way of monitoring their blood sugar doesn’t sound like it will end well. But I had packed extra energy gels and had more flapjacks on me than a WI cake sale. When I could no longer test my level, I forced myself to eat every 20 minutes as a precaution.

So the equipment I rely on had packed up, my potentially life saving Lucozade had frozen and my blood sugar level was sinking like a stone, but Tuesday’s long run was still the best I’ve run in months. That’s thanks to scenes like this (above). I didn’t want the sun to go down on what I was seeing. It was made even more beautiful by the exertion it took to be one of the few people that could see what I could. I saw only a handful of people on the whole run. How lucky we were to have seen what we saw.

Take the forecast with a pinch of salt

Meanwhile down south… barely a snowflake has fallen yet this southern softie is going out running like Nanook of the North! #TheBeastFromTheEasthttps://t.co/Z0Dt6Lc2vb pic.twitter.com/7owRzO4FBL

It would have been easy to have written off last week’s training because of the weather. But it’s now 14 weeks until the Marathon des Cote, and I have the Snowdonia Ultra 100 to run in September, so I felt I couldn’t let the weather interrupt my schedule. So I packed extra provisions, wore extra layers and, crucially, didn’t believe everything the weather forecast told me. Of course, you’d be a fool to ignore it, but I found looking out the window just as valuable. As a result, I had one of the best weeks of running I’ve ever had.

Disclaimer: I have no medical training. I am not a doctor, a nutritionist, a physio or a sports therapist; I doubt they’d even give me job handing out oranges at half time of a football match. I am just a type-one diabetic and former fat bloke with a stupid idea. This blog is my account of following that idea to its conclusion. Do not attempt anything similar without seeking prior medical (and psychiatric) advice.